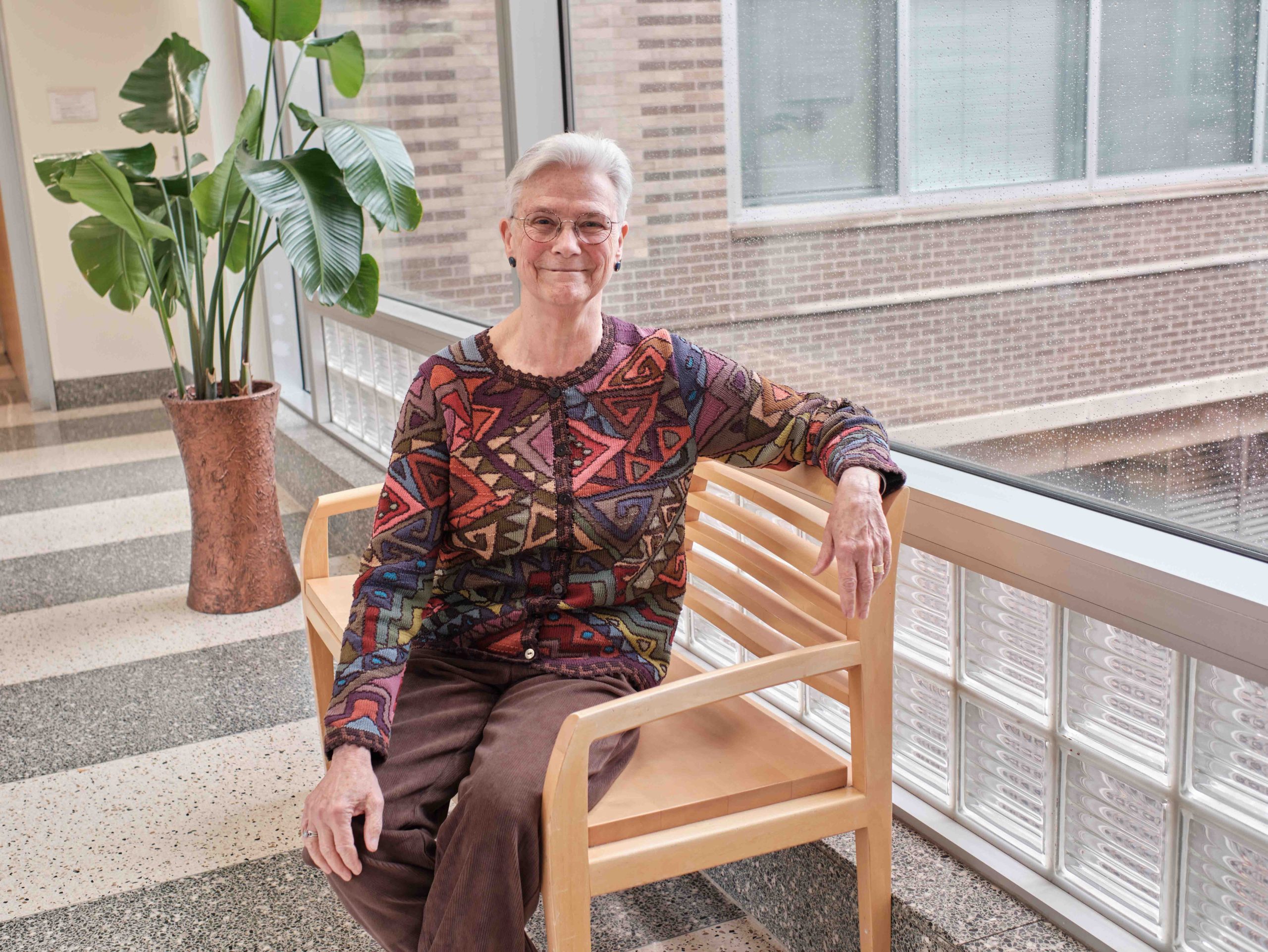 “The more I heard about the clinical trial, the more it seemed like the best option. There were very few risks involved and a lot of possible benefits for both myself and others.”—Barbara Allen

After being diagnosed with an aggressive form of lymphoma in July 2020, Barbara Allen was given the opportunity to take part in a promising clinical trial underway at the Beth Israel Deaconess Medical Center (BIDMC) Cancer Center. She soon met with oncologist Matthew Weinstock, MD, the trial’s principal investigator for BIDMC, to learn more about the proposed treatment plan. After asking many questions and giving it considerable thought, she agreed to participate. “Basically, I decided, why not?” says Barbara, an active Cambridge retiree who spent her career in banking. “The more I heard about the clinical trial, the more it seemed like the best option. It would be intense, but there were few risks involved and more possible benefits—for both myself and others.”

Two years later, Barbara is cancer-free and couldn’t be happier with her decision to take part in the trial. “Dr. Weinstock and his team saved my life,” Barbara says matter-of-factly. To show her appreciation, she recently pledged $1 million to support lymphoma research at BIDMC as part of her estate plan; she also made a separate $10,000 gift to support bone marrow transplants within the Blood Cancer Program.

Prior to being diagnosed, Barbara had initially visited the Mount Auburn Hospital Emergency Department due to a sharp pain in her side, which, through comprehensive testing, was revealed to be Triple Hit Diffuse Large B-cell Lymphoma. According to Weinstock, if left untreated, patients with this type of lymphoma typically don’t live more than four to six months. “Barbara was referred to me by her oncologist at Mount Auburn Hospital, who astutely noted the aggressive nature of her lymphoma and the need for an intensive approach,” says Weinstock.

Conducted on an inpatient basis at the BIDMC Cancer Center, Barbara’s treatment was built around existing therapies for lymphoma but included an additional anti-cancer medication—the investigational agent central to the clinical trial—to bolster the standard chemotherapy regimen. “My treatment consisted of six rounds of chemotherapy, each taking place 24-hours a day over a five-day period while I was in the hospital,” explains Barbara. “Dr. Weinstock and his team were there every step of the way to explain each procedure, answer questions, and allay my fears.”

The treatment lasted three and a half months and, while physically and psychologically exhausting, yielded the intended results—Barbara’s lymphoma was eradicated. She continues to see Weinstock for regular follow-up visits as part of the clinical trial. “This is the way that medicine improves—by rigorously studying different diseases and treatments,” says Weinstock. “The whole idea behind clinical trials is for us to gain the knowledge needed to provide better care and improve outcomes. The generosity of donors like Barbara is what makes it all possible.” 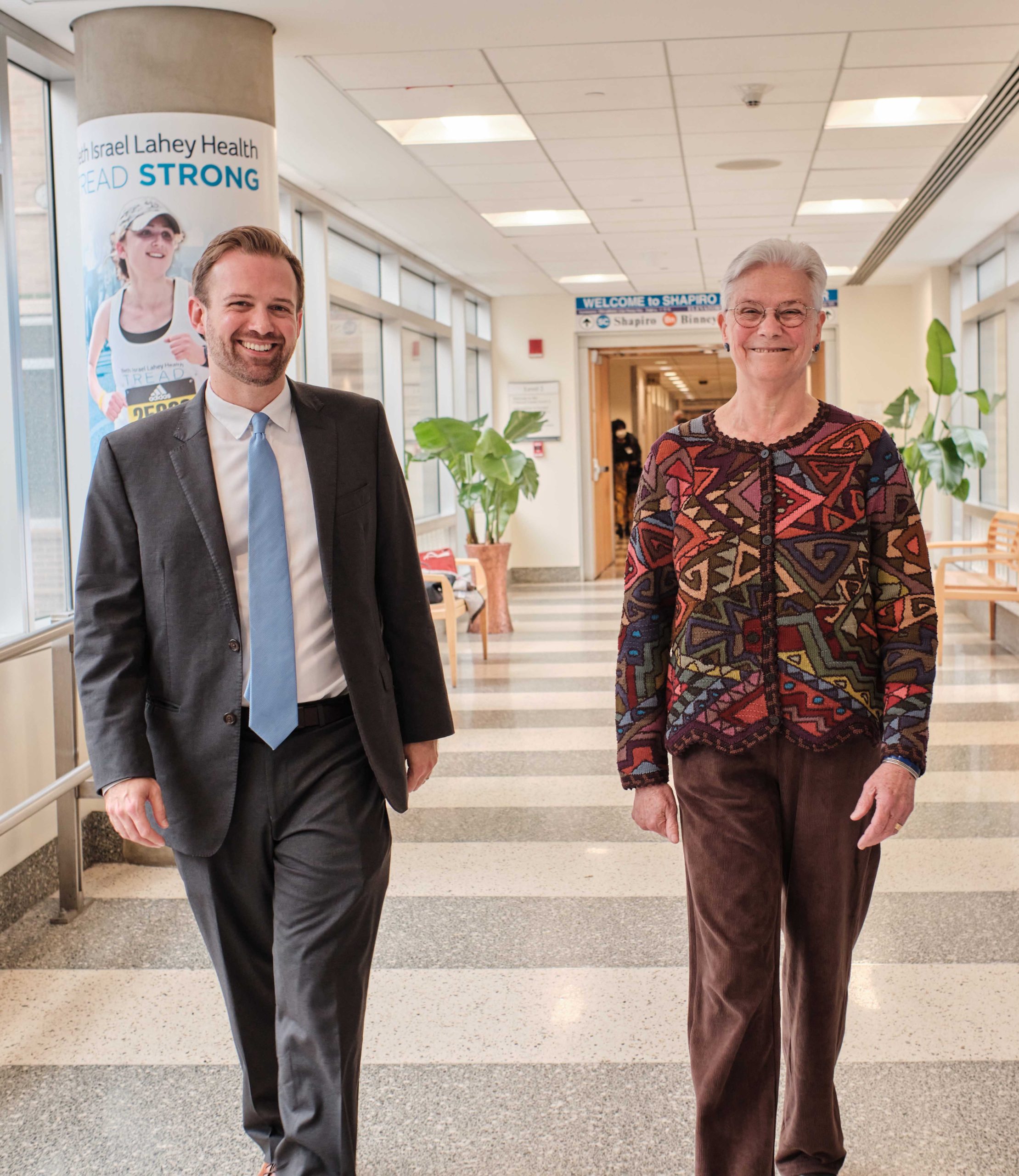