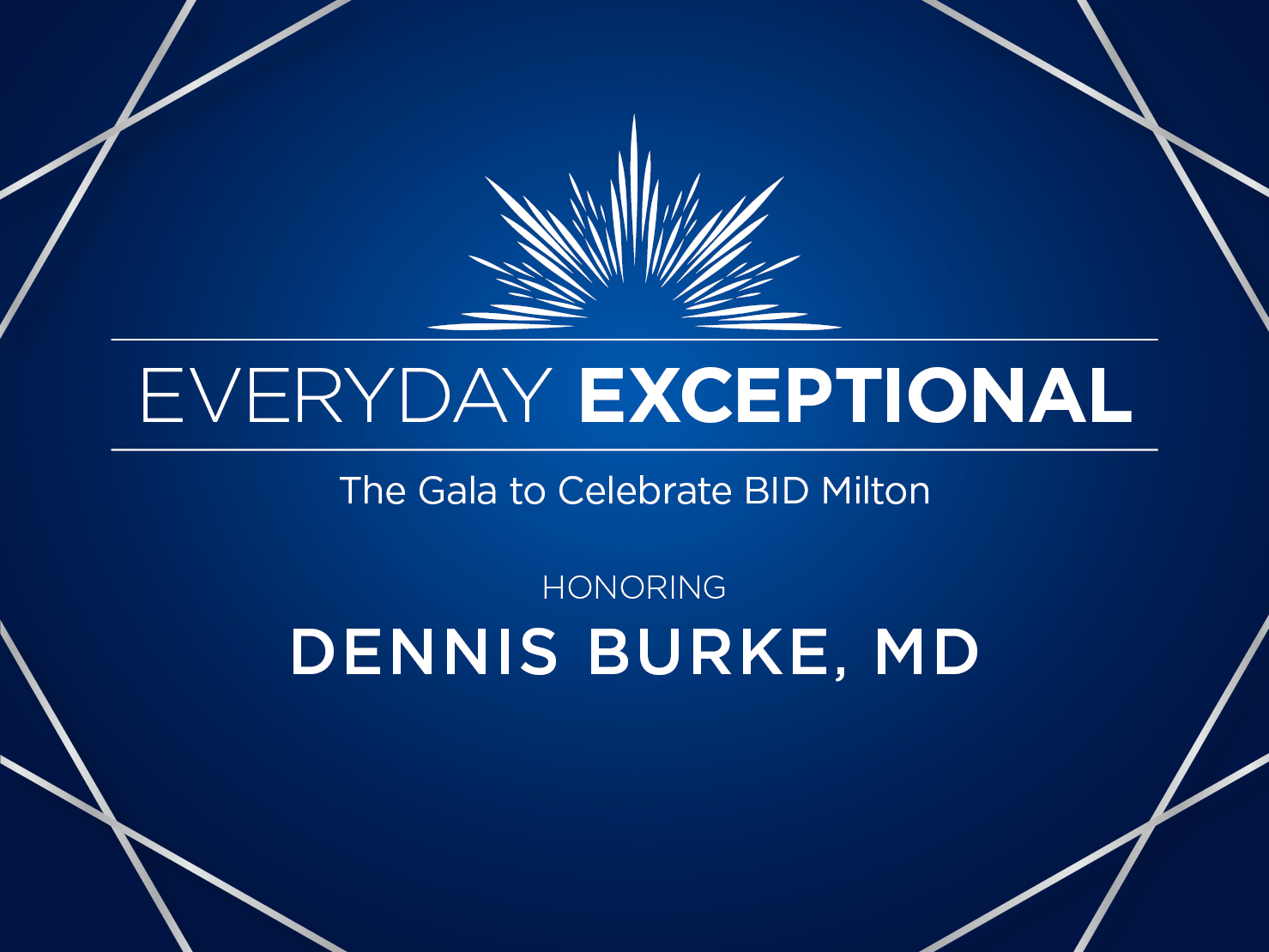 Dennis Burke, MD, to be honored at BID Milton Gala

“To me, there’s nothing more important than supporting a community hospital that provides world-class care to all those in need.”—Dennis Burke, MD, surgeon, BID Milton

After more than four decades of practicing medicine in greater Boston, Dennis Burke, MD, is still as passionate as ever about his life’s work. A highly respected and accomplished orthopedic surgeon at Beth Israel Deaconess Hospital–Milton and a generous donor to the hospital, Burke will be honored at its annual gala on October 14. “We are so pleased to recognize Dr. Burke for his exceptional service to our community,” says Richard Fernandez, President of BID Milton. “He is the perfect person to honor as we reimagine our flagship event—our first in-person event in three years.”

Over the course of his ten years at BID Milton, Burke has taken great pride in providing exceptional care to his patients and getting to know them on a personal level. “It is a joy and a privilege to take care of patients and make those connections,” says Burke, who is renowned for his compassionate approach and his humility. “When I wake up each morning, I can’t wait to get to work.”

Generosity Runs in the Family

A native of South Boston, Burke’s childhood home is mere blocks from the John F. Kennedy Presidential Library and Museum, the venue for the annual BID Milton Gala, being held in his honor this fall. Burke’s father was the proprietor of a small pharmacy in the neighborhood. According to Burke, his strong sense of personal ethics and his patient-first philosophy can be attributed to his parents’ influence. “Both my mother and father were exceptionally generous,” he says. “My father filled prescriptions for people whether they could pay or not. He and my mother taught us to always treat others as you would like to be treated, which is something I strive for in my own practice.”

A longtime resident of Milton, Burke now lives within walking distance of BID Milton, where he is both a surgeon and a loyal supporter. His wife, Martha, is a volunteer who makes quilts for patients receiving end-of-life care, and his brother, John, is on the Board of Trustees. Over the years, Burke has referred many other relatives and friends to receive care at BID Milton, which he considers his family’s hospital.

Growing up, Burke was a tinkerer and loved all things mechanical. Working as an electrician’s assistant enabled him to pay for his tuition at Massachusetts Institute of Technology, where he studied mechanical engineering. This helped lay the groundwork for his specialization in orthopedic surgery, and today Burke continues to utilize his engineering skills. “Having the ability to customize implants and contribute to the design of surgical devices has always been a big part of my identity as an orthopedic surgeon,” says Burke, who has more than 30 patents to his name.

To recognize his remarkable career and his impact at BID Milton, Burke will be honored at the BID Milton Gala on October 14. “I am thrilled that we can thank Dr. Burke in this way, for his countless contributions to the medical field and to our community,” says Fernandez of the gala, which will benefit the Everyday Exceptional campaign. “I personally can’t wait for everyone to come together for such an incredible cause.”

As a donor, Burke recognizes the vital importance of the gala, the Everyday Exceptional campaign, and philanthropy at large. “I am so fortunate to work at BID Milton. To me, there’s nothing more important than supporting a community hospital and health system that provide world-class care to all those in need,” says Burke. “I’m happy to do my part to give back and ensure BID Milton can continue to thrive in the future.”

In recognition of his extraordinary dedication to his patients, Dr. Burke will be honored at the BID Milton Gala, taking place on October 14, 2022, at the John F. Kennedy Presidential Library and Museum. Make a gift in Dr. Burke’s honor or purchase a program book ad by visiting our event website. 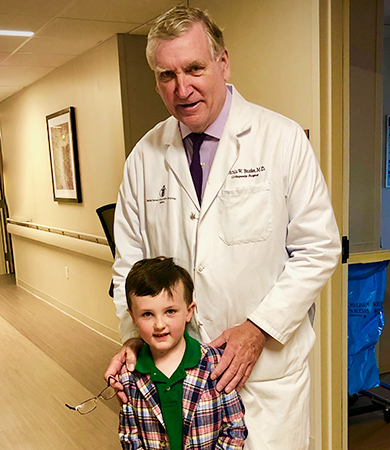