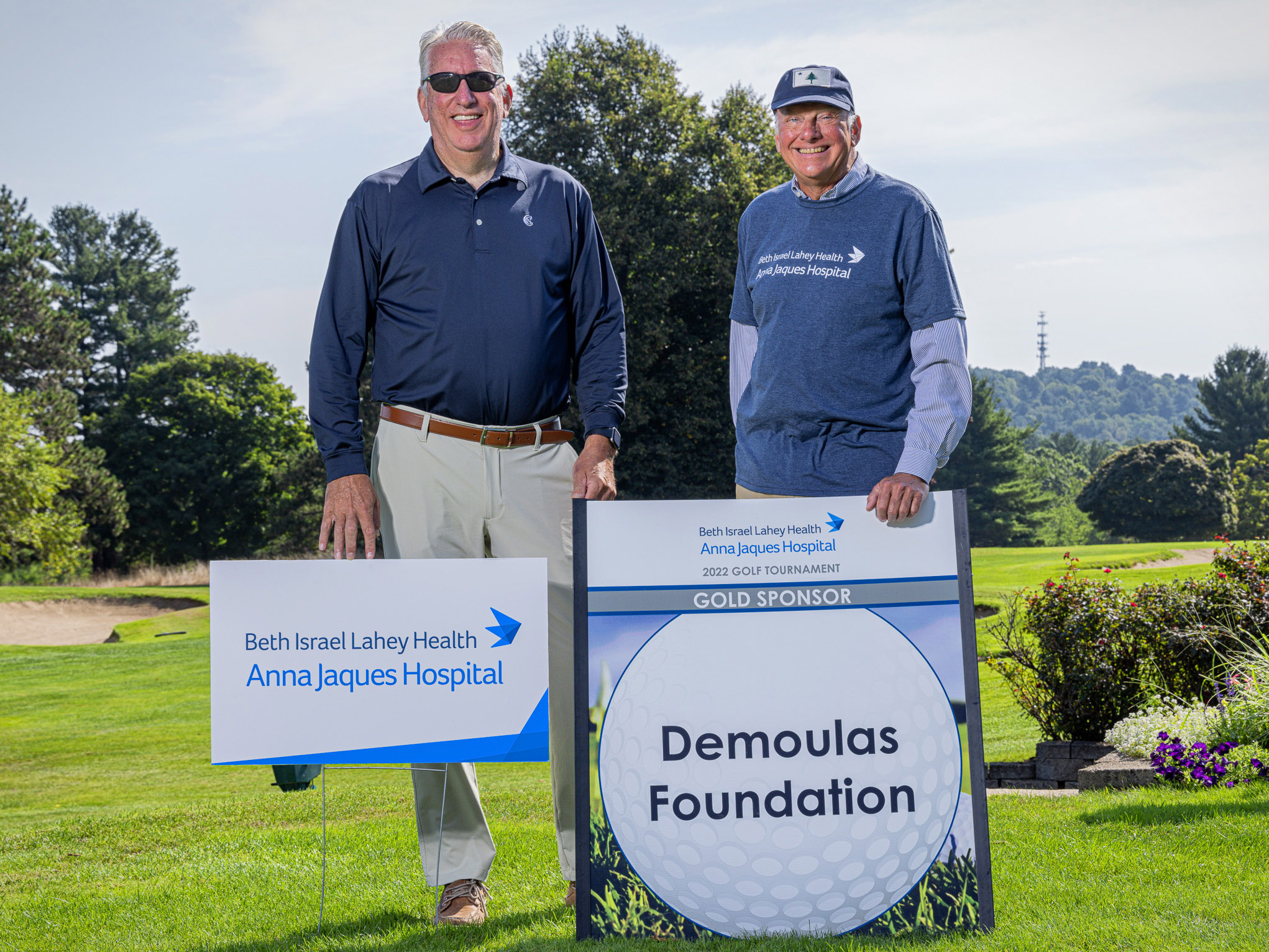 “Thanks to the phenomenal support garnered from residents of Newburyport and surrounding areas, Anna Jaques Hospital has become a regional resource.”—Byron Matthews

Pleasant weather greeted 176 participants in Anna Jaques Hospital’s (AJH) 31st “Fore Your Health” Golf Tournament on August 29 at the Haverhill Country Club. This popular event builds community and increases awareness of the hospital’s mission, all while providing critical resources. Raising more than $130,000 this year, the tournament was a huge success; such support is a testament to the loyalty of AJH donors. Thank you to all participants and sponsors, including Ashland Commercial Construction, the Demoulas Foundation, and M. K. Benatti Jewelers.

Overseeing the event he launched more than three decades ago was Byron Matthews, Golf Committee Chair, board member, and former Mayor of Newburyport. Under Byron’s many years of leadership, the tournament has raised more than $2 million. Additionally, it has been a long-standing volunteering event for his family. His wife of nearly 70 years, Helen, his son John, and John’s wife, Christina, have helped out annually. “We are so proud of our father’s contributing to Anna Jaques through the Golf Tournament,” says John. “But he would be the first to tell you that he never could have done it without the amazing support of this community of golfers and sponsors, who all are committed to Anna Jaques Hospital.”

John and his brother, Peter, were both born at AJH, as was Byron himself. “The hospital may look very different now than when my mother came here in 1928,” says Byron. “But what hasn’t changed is the mission to provide excellent care around the clock and close to home. Thanks to the phenomenal support garnered from residents of Newburyport and surrounding areas, Anna Jaques Hospital has become a regional resource.”

One of the ways in which the hospital looks different is its new welcoming entryway, named in honor of Byron and his wife, Helen. The recently completed entry, along with expanded Operating Room capacity, was a focus of the successful $4 million Stepping Forward capital campaign, which received vital support from past tournaments. “Over the years, the event’s proceeds have enabled important infrastructure improvements plus ongoing equipment and technology updates,” says Ralph Castagna, former board member. Ralph and his wife, Christina, have been enthusiastic competitors for years. “The rosters always fill quickly—it feels like a big extended family,” he says. “I think that reflects the culture of caring at Anna Jaques Hospital.”

The family feeling is emblematic of AJH, where neighbors care for neighbors. “I am constantly amazed by the positive changes our hospital community continues to accomplish together,” says Byron. “People absolutely love this place and truly want to support it.” The beloved hospital continues to provide outstanding care, thanks to the power of philanthropy—a game in which we all can be players. 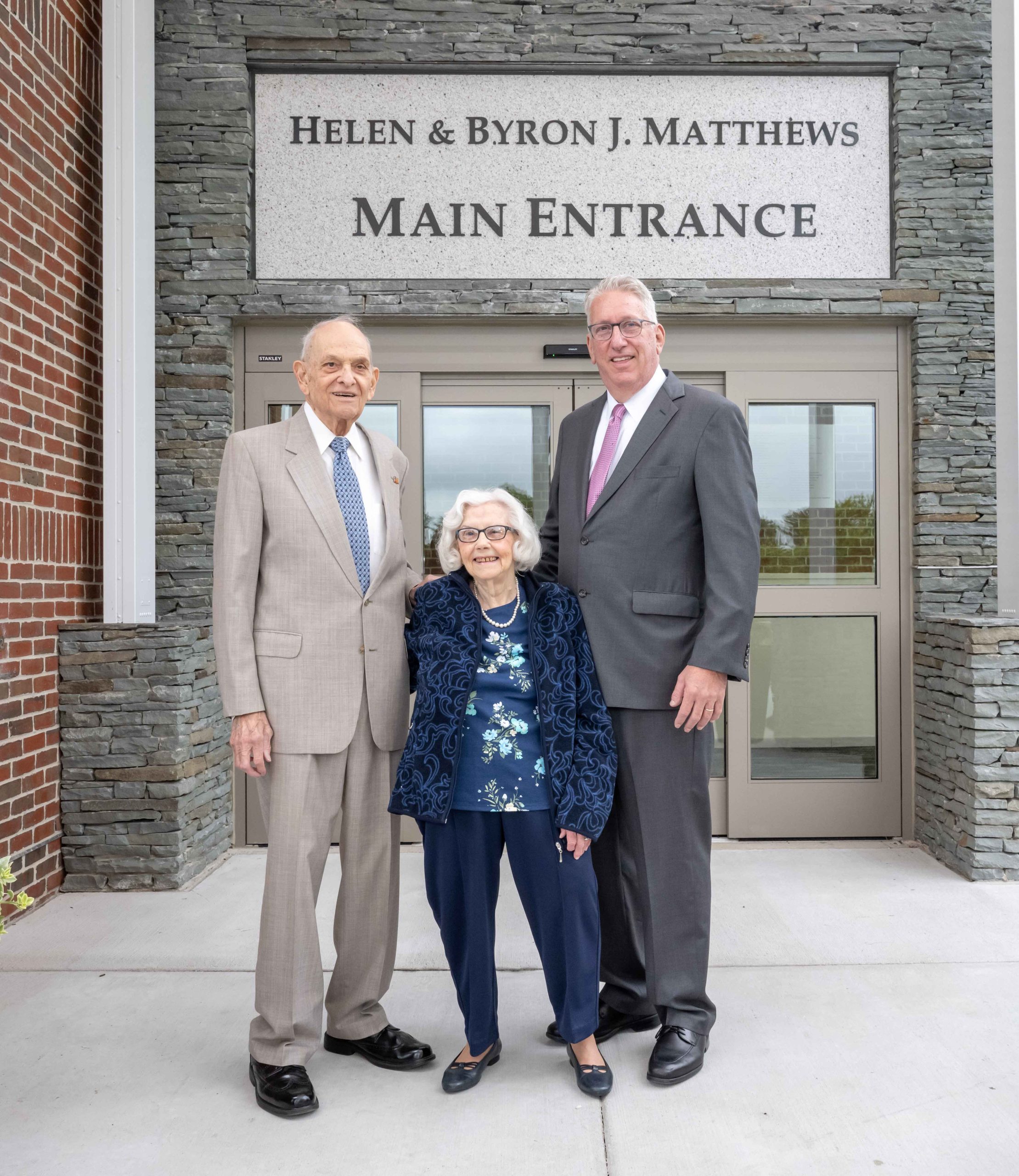